Trending
You are at:Home»Companion Animals»Driving with pets makes us happier, according to a survey

A recent survey by Leasing Options has revealed that 20 per cent of drivers aged 18 to 24 are happier when they are driving around with their pets in the car.

The survey of 1,435 people also revealed that 12 per cent of those aged 18 to 24 would allow their pet to sit unrestrained next to them on the passenger seat. Although this is the case, 44 per cent of them understand that the UK Highway Code states that animals must be restrained when in a car to avoid injury.

Surprisingly, that means that the majority (56 per cent) of 18 to 24 year olds surveyed are unaware that driving with a pet unrestrained is not allowed – and more importantly, can be dangerous.

Of those surveyed, one in ten males admitted to being distracted and losing control of their vehicle while driving with their pet. 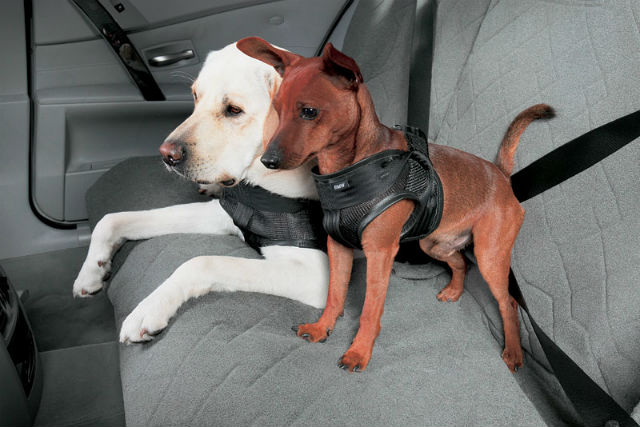 In terms of restraining your pets while driving, pet seatbelts seem to be the most popular method, with 30 per cent of those surveyed opting to use one, followed closely by a cage, at 29 per cent.

RSPCA Welfare Expert Lisa Richards said, “If your pet is joining you in the car then it’s really important to make sure they’re safe and can be transported in a way that will not cause injury or unnecessary suffering. The UK’s Highway Code states that dogs must be restrained in a vehicle so they are safe during an emergency stop and so they do not distract the driver.”